Absorption And Emission Spectra - The Fingerprints Of Elements 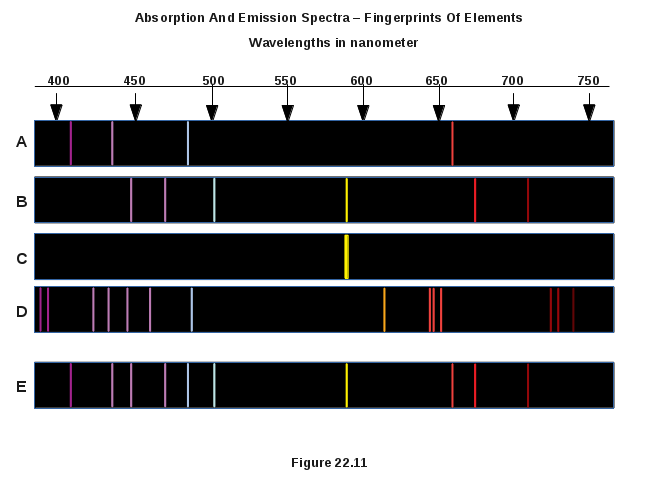 The math:
Pj Problem of Interest is of type identity (physical properties). Spectral lines are unique characteristics of elements and are used to identify elements.

When white light shines on the gaseous form of an atom, the atom absorbs some of the light. The light absorbed shows up as black lines on a rainbow background when examined after it passes through the gaseous form of the element and a prism. This line spectrum is called the absorption spectrum and their wavelengths are the same as those of the emission spectrum which is the result of transitions of electrons from higher energy levels to lower energy levels as they emit their excitation energies.

(b) The celestial star contains hydrogen and helium.