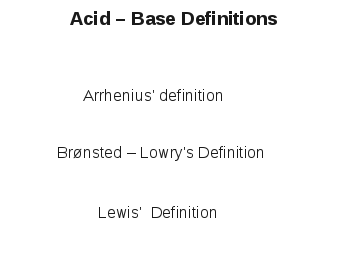 Tika is a bright chemistry student. She posits that the formation of a complex ion is an acid-base reaction in which the complex ion is the acid and the ligand is the base. What acid-base definition did Tika used to arrive at this conclusion?