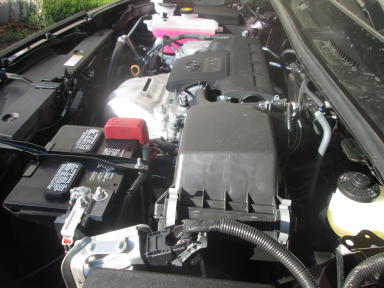 Matter's adventure in apriori Space, is the Story of the Universe. This Story is a mesh of infinitely many PjProblemStrings. As a result of their sophisticated mind and physical weakness, humans have developed myriad machines (simple and complex) to aid them in their adventures.

(a) What is the difference between a machine and an engine?
(b) PjProblemStrings are everywhere. Review this
fundamentally universal concept with a brief description.
(c) All 7 Pj Problems are featured in the construction of an engine. However, only two PjProblemStrings represent
the Pj Problems of Interests (PPI). List them and explain.

The math:
Pj Problem of Interest is of type force (push/pull).

(a) A machine is any device that helps to do work by changing the amount of force or the speed of action. An engine is a type of machine. A machine in which human energy is the sole source of energy, can be contructed (e.g the hammer and the screwdriver). Engines require other sources of energy to function and usually converts the energy to mechanical energy (e.g the internal combustion engine).

(c) The functional objective of all engines is to do work (force x distance). In other words, a force that will effect motion. The force is derived from the energy. Consequently, given a multi-matter multi-dynamic space (S7), the PjProblemStrings (SiPjAjk) of interest are:
(1) S7P3A3k, where k = 1 or 2 (force - push or pull).
(2) S7P4A4k, where k = 1, 2, 3, 4 (motion - linear, rotary, reciprocal, oscillatory).
Where k will depend on the particular scenarios. In some scenarios, both types of forces and all four types of motions are at play.
All other required PjProblemStrings are then conceptually aligned in sync with the PjProblemStrings of (1) and (2) to realize static equilibrium (S7P7A71) or dynamic equilibrium (S7P7A72).