Energy is the basic existential currency especially for living organisms. In other words, existence demand energy. So, there exist existential supply chains.

The math:
All Pj Problems are at play. However, Pj Problems of Interest are of types force and motion.

(a)Adenosine Triphosphate (ATP) is a nucleotide (a substance composed of a phosphate, a ribose sugar, and a nitrogen-containing base).
ATP contains three phosphates, hence the prefix, Tri. The nitrogen-containing base in ATP is Adenine (one of the four nitrogen-containing bases in nucleotides. The other three are cytosine, thymine, guanine). When the molecule contains two phosphates it is called Adenosine Diphosphate (ADP). When the molecule contains one phosphate, it is called Adenosine Monophosphate (AMP). ATP is important because it is the form in which energy is stored in the cells of living organisms. A cell will die if it has no energy to carry out its metabolism (the sum of all chemical reactions or energy exchanges in cells). Energy demand in cells is synonymous with ATP demand in cells. In other words, ATP must be presented to obtain the energy needed for cellular activities. It is for this reason that ATP is often called the energy currency of the cells.
ATP is produced in cells during cellular respiration (anaerobic and aerobic). In anaerobic respiration (respiration without oxygen), ATP is produced during glycolysis and fermentation. However, most of the ATP in human cells are produced during aerobic respiration (respiration with oxygen) in the three part processes: glycolysis, TCA cycle and electron transfer chain.

(bi) ATP is produced in the cell's cytoplasm during glycolysis and the mitochondria (matrix and innermembrane) during the TCA cycle and the end of the electron transfer reactions. 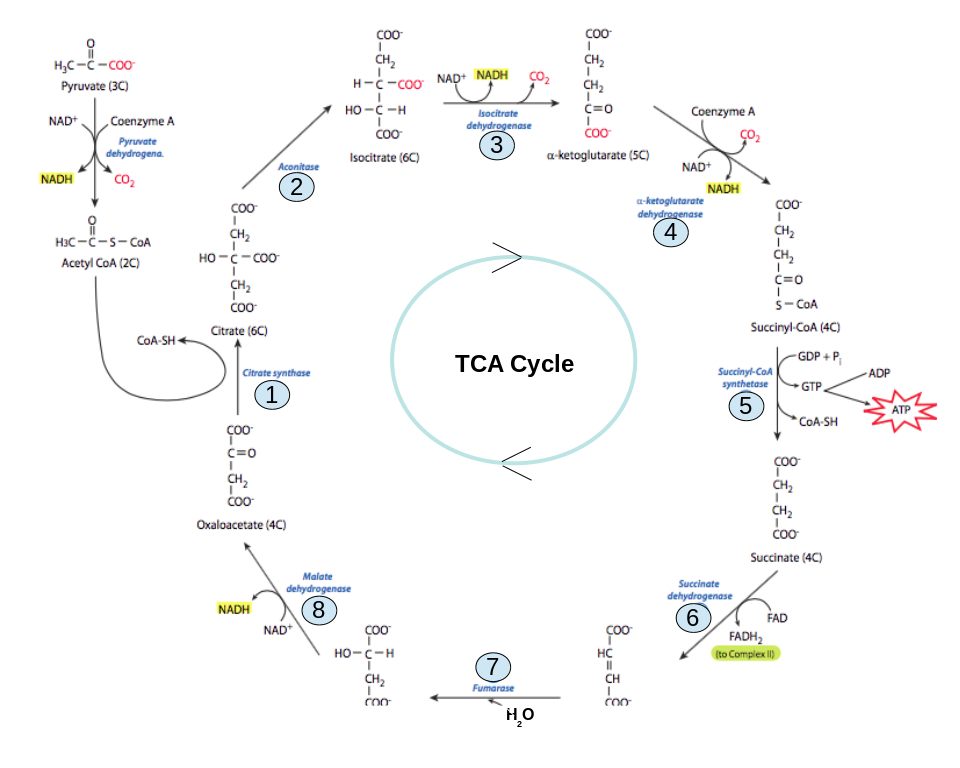 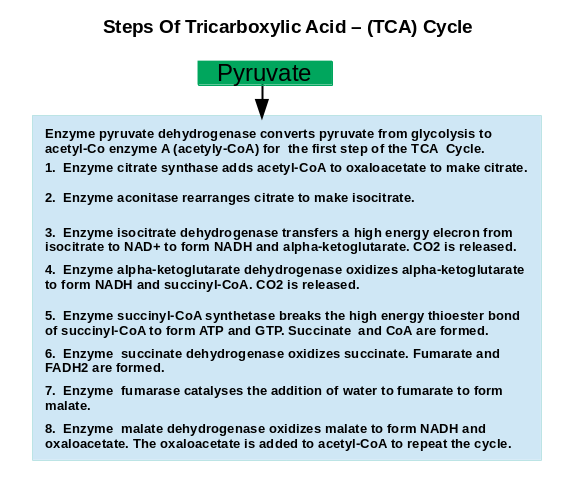 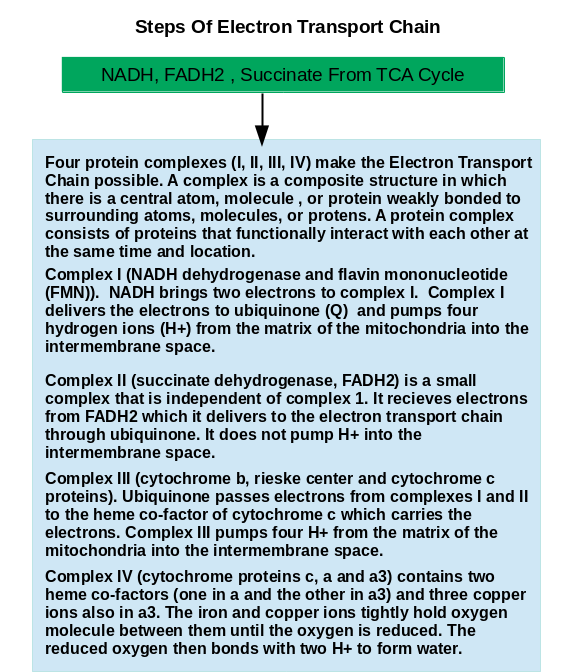 PjProblemString Sequences of Supply Chains
A PjProblemString Sequence is a sequence of PjProblemStrings (SiPjAk: a space of interest stringed to a particular problem of interest). Supply chains are configurations of PjProblemStrings Sequences. The PjProblemString Sequence that is of primary importance is motion sandwiched between two forces (SiP3AkSiP4AkSiP3Ak). The first force is the active force and the second is resistive force. The difference between the active force and the resistive force is the resultant force (driving force) causing the motion. In some scenarios, the active force is deliberately reduced in order to reduce or stop the motion (e.g. a runner reduces speed after crossing the finishing line).
Muscles (skeletal, smooth and cardiac), hydrostatic pressure, vascular elasticity, enzyme actions, attractive and repulsive forces of atoms, electrochemical gradients are the primary sources of forces in the human body.
(biii) Supply chain: respiratory system
Motion sandwiched: movement of oxygen into lungs.
Forces sandwiching motion: atmospheric pressure and thoracic pressure.
Diaphram contraction and relaxation and intercostal muscle contraction and relaxation influence pressure in the thoracic cavity.
Diaphram contraction (movement downward) and intercostal muscle contraction (elevates the chest) increase volume of thorax. Increase in thorax volume results in decrease in thorax pressure. So, inhalation (movement of air into lungs) occurs when atmospheric pressure is greater than the decreased pressure in the thorax. In a reverse manner, diaphram relaxation and intercostal muscle relaxation decrease volume of thorax. So pressure in thorax is increased. Carbon dioxide is exhaled when thoracic pressure is greater than atmospheric pressure.
Oxygen travels in the lungs through the trachea, bronchi, bronchiole to the aveoli (tiny air sacs where oxygen and carbon dioxide exhange occurs) where it diffuses into the capillaries in the alveoli (carbon dioxide diffuses into the alveoli). Oxygen in capillaries enters the pulmonary venules and then the pulmonary vein to the left atrium of the heart.

Supply chain: digestive system
The digestive process can be grouped into six subprocesses: ingestion, propulsion, physical digestion, chemical digestion and excretion (defecation).
Motion sandwiched: movement of food through the alimentary canal which can be subdivided as follows: food movement into the mouth, stomach, small intestine and large intestine.

Motion sandwiched: food movement into mouth
Forces sandwiching motion: muscle action (usually of the hand) and muscle action of the mouth (lips,jaw). If the food or drink enters the mouth, it is either welcomed or unwelcomed. It is ejected from the mouth with the help of the tongue if it is unwelcomed. If it is welcomed, the tongue with the help of the hard palate position it for the first stage of mechanical and chemical digestion of caborhydrate and lipid. The teeth tears, grind and chew the food so as to increase its surface area (mechanical digestion). Saliva gland secretes saliva and enzyme amylase begins the digestion of caborhydrate while enzyme lingual lipase begins the digestion of lipid (chemical digestion). A bolus (round ball) is formed and prepared for entry into the stomach. Liquids (e.g. water) move to the stomach.

Motion sandwiched: food movement into esophagus
Forces sandwiching motion: tongue and pharynx muscles (effect swallowing) and peristalis (involuntary wave-like contractions and relaxations of smooth muscles in the alimentary canal). The beginning of peristalis marks the end of voluntary muscle actions in the motions in the alimentary canal prior to defecation. Peritalsis takes the food into the stomach then to the small intestine where almost all the post-digestion nutrients in the food are absorbed.

In the stomach, the circular wave-like motion of peristalsis continues the mechanical digestion of food by mixng it with digestive juices into chyme in a stomach environment of gastrin juice and hydrocholric acid (HCL). Enzymes amylase and ligual lipase continue the chemical digestion of caborhydrates and lipids. Enzyme pepsin initiates the chemical digestion of proteins. Surely but slowly and guided by neural and hormonal triggers, the stomach moves chyme through the pyloric sphincter into the duodenum (first part of the small intestine). Nutrients are not absorbed in the stomach. However, certain drugs (aspirin) and alcohol are absorbed in the stomach.

The majority of the chemical digestion of lipids occur in the small intestine. Enzyme pancreatic lipase breaks down each triglyceride into two free fatty acids (short chain fatty acid less than 10 or 12 carbons, and long chain fatty acid) and a monoglyceride.

Pancreatic enzymes chymotrypsin and trypsin continued the chemical digestion of protein by breaking down the bonds of specific amino acid sequences. Furthermore, brush border enzymes aminopeptidase and dipeptidase break down peptide chains to prepare them for entry into the blood stream.

Pancreatic enzymes, deribonuclease (digest DNA) and ribonuclease (digest RNA) are responsible for the chemical digestion of the nucleic acids in food. The nucleotides produced are further broken down by brush border enzymes, nucleosidase and phosphatase into pentoses, phosphates and nitrogeneous bases.

Motion sandwiched: movement of glucose from the villi into capillaries.
Forces sandwiching motion: protein transporter and electrochemical gradient. In this case no ATP energy is used. However, the glucose that has accumulated in the epithelial cell against its gradient exits the cell via the basolateral membrane with the help of protein transporter (GLUT) in a motion called facilitated diffusion, into the interstitial space from where it enters the capillaries via interstitial clefts. The glucose is taken to the liver via the hepatic portal vein (carrying partially deoxygenated blood) where it is processed (excess glucose is stored as glycogen, toxin removed, etc). The hepatic vein carries the processed glucose from the liver to the inferior vena cava which carries it to the heart.

The absorption of glucose is the focus. However, the absorption of the following important nutrients also occur: fructose (caborhydrate) is absorbed via facilitated diffusion (GLUT 5); amino acids (protein) via cotransport with sodium ions; short-chain fatty acids (lipid) and gycerol (lipid) via simple diffusion; long-chain fatty acids (lipid) and momoacylglycerides (lipid) diffuse into intestinal cells where they combine with protein to form chylomicrons which are then absorbed by the lacteals of the villi from where it enters the lymphatic vessels and then the blood stream through the lymphactic system; pentoses, phosphates and nitrogeneous bases (products of nucleic acid digestion) are absorbed via active transport (use protein pumps using energy from ATP to move substances across a membrane from low concentration environment to high concentration environment); water by osmotic pressure through semi-permeable membrane.

Transporter: the circulatory system (cardiovascular system).
The circulatory system is responsible for systemic distribution of the oxygen and glucose that has been brought to the heart from the respiratory system and digestive system. The medium of transport is blood contained in closed networks of vascular systems (blood vessels: arteries take oxygenated blood away from the heart and veins return deoxygenated blood to the heart). blood consists of a fluid called plasma and suspended cells (red blood cells, white blood cells and platelets).
Motion sandwiched: movement of blood containing oxygen and glucose from the heart to capillaries.
Forces sandwiching motion: pump action of the heart and hydrostatic pressure in blood vessels. Hydrostatic pressure in blood vessels is also called blood pressure (elasticity of blood vessels and volume within the vessels are implicit in the hydrostatic pressure).
The heart is a muscle and derives its power from muscular contraction and relaxation called the cardiac cycle (one heart beat). The cardiac cycle consists of atrial contraction and relaxation; ventricular contraction and relaxation; and a short pause. 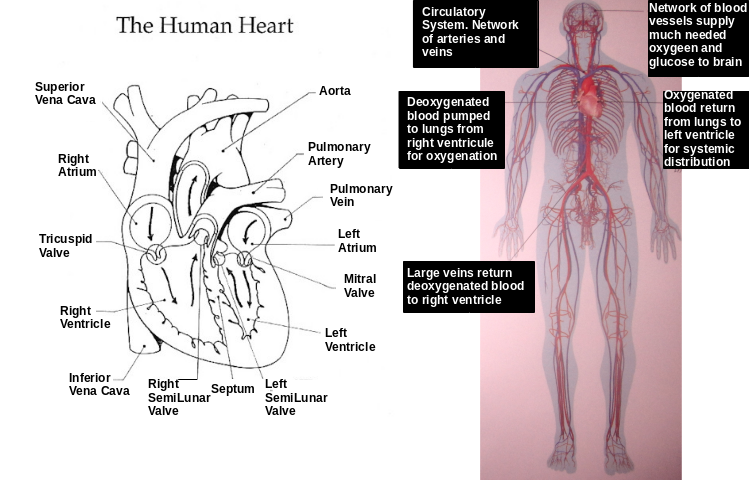 Supply chains: Glycolysis, TCA Cycle, Electron Transfer Chain
The motions in these internal supply chains are subtle. Enzyme actions, the attractive and repulsive forces of atoms provide the driving forces for the motions. The bond forces of substrates (the reactant molecules enzymes bind to) provide the restrictive forces.
Metabolic reactions do not normally occur spontaneously under the normal temperature and pressure inside living organisms. Enzymes (biochemical catalysts) make the reactions possible by reducing the activation energy necessary for the reactions so that the reactions can occur without thermal damage to the cells. Enzyme actions are specific, that is, an enzyme binds to a specific substrate in the specific reaction it catalyzes. Often, the objective of the enzyme when it binds to substrates is to alter their shapes or orientations in manners that will facilitate the occurrence of the reactions. When this objective is realized, the attractive or repulsive force of atoms actualize the reactions. Metabolic reactions are either catabolic (breakdown or removal of atoms or molecules), or anabolic (synthesis or addition of atoms and molecules). In essence, enzymes in their role as biochemical catalysts, facilitate the breaking of existing chemical bonds or the formation of new chemical bonds depending on whether they are catalyzing a catabolic reaction or an anabolic reaction. Metabolic reactions are usually reversible so, an enzyme can be a catalyst in acatabolic reaction and its anabolic equivalent. For example, the enzyme glucose-6-phosphatase catalyzes the addition of a phosphate group to the glucose molecule (anabolic reaction). Enzyme glucose-6-phosphatase also catalyzes the removal of a phosphate group from glucose-6-phosphate. The