PjProblemsStrings Sequences Of The Early Universe 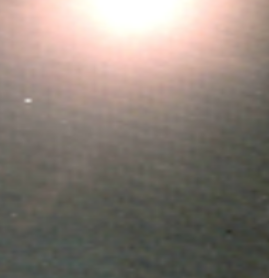 At about time t = 1013 secs (300,000 yrs), the Universe was emerging from its early beginnings. The atom became the most stable matter about this time.
(a) Highlight the journey of the early Universe from time t = 0 secs to time t = 1013 secs.
(b) Why did the Universe not contain atoms, even though protons, neutron and electrons were present from t=102 to t=1013?
(c) What atoms were formed during the process called recombination?
(d) Which forces were responsible for the protons-protons bonding, and the protons-electrons attraction that made the formation of atoms possible?
(e) What is the principal atomic motion that resulted from the success of recombination?
(f) Recombination cleared travel-paths for photons(light's sub particles). Consequently, photons were able to travel freely and farther. A change that made knowledge of the universe possible. True or False?
(g) Our world is made up of Quarks (protons, neutrons) and Leptons (electrons, muons, taus). We can observe in the everyday world, only up and down quarks, electrons and electron-neutrinos. These particles are called first generation particles.
Group these interactions: proton-proton; proton-neutron; proton-electron?
(h) What was the most stable matter in the Universe when it was about 300,001 yrs old?
(i) Describe the PjProblemStrings for each of the highlights in (a). Thus establish the PjProblemStrings Sequences of the early Universe.

The math:
All Pj Problems are at play.

Only the Creator of the Universe is privy to the exact details of the pre-origin and early Universe. The information presented here on this subject is best speculations based on current human knowledge of the Universe, billions of years after it was created.

(a) The early Universe from birth to 300,000yrs (0 ≤t ≤1013, t in seconds).
At t=0: the Big Bang and there was Light. temperature(temp)=infinitely hot.
At t=10-43: temp about 1032K. radiation everywhere, matter & antimatter present in about the same amount. Knowledge about the Universe at this time is minimal.
At t=10-35: temp about 1028K. Subatomic particles called Quarks emerged.
At 10-35 ≤ t ≤ 10-32: inflation of the Universe due to the separation of strong nuclear force from Electroweakforce.
At t=10-11: temp=1016K. Electromagnetic force separates from weak nuclear force.
At t=10-6: temp=1013. Quarks combine to form Baryons(protons and neutrons). Leptons(electrons and neutrinos)emerged.
At 1 ≤t ≤ 100: temp=1010K. Neucleosynthesis - protons and neutrons combine to form nuclei.
At t= 1013(about 300,000yrs): temp=103. Recombination:electrons-protons attraction established, simplest atoms formed.

(b)The Universe was expanding & cooling, but still too hot for protons-electrons attraction.