PjProblemsStrings Sequences Of The Life Of A Celestial Star 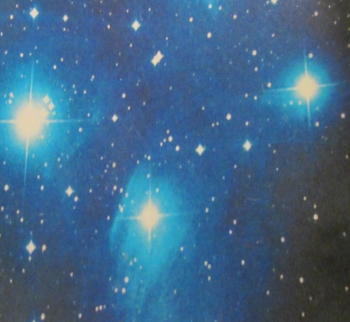 Celestial stars influenced the creation of the natural elements that constitute living things on earth. The Sun, which is the nearest star to earth, continues to influence existence of living things on earth.
(a) Highlight the life of a star from birth to death.
(b) How did the distribution of nebulae in Space aid the formation of stars?
(c) List four descriptions that together establish the identity of a star.
(d) Each stage in the life of a star was influenced by one or more of the fundamental forces of nature. Which two fundamental forces are critical to the onset of fusion in a star?
(e) Which motions that occur during the last phase of a star's life are mostly responsible for the formation of higher mass elements beyond Iron (Fe)?
(f) The early Universe primarily contained Hygrogen and Helium. Stars made the formation of more elements possible. So they played an important role in the formation of Earth and its inhabitants. True or False
(g) Stars are grouped into 7 classes (O,B,A,F,G,K,M) according to surface temperature. Where O is the hottest and M is the coldest.The main sequence is a band of stars indicated in a Hertzsprung-Russell color - brightness plot (H-R diagram). Given a main sequence star that belongs to the M group. Approximate its maximum surface temperature, conventional color, apparent color, mass in solar mass, luminosity in solar luminosity and the nuclei being fused in its core.
(h) List some of the celestial bodies that are conclusive evidence of the death of a star.
(i) Indicate the PjProblestrings for each of the highlights in (a). Thus establish the PjProblemstrings Sequences for the life of a celestial star.

The math:
All Pj Problems are at play.

(a) Recombination during the The Early Universe establishes hydrogen (H) and helium (He) gases in Space. Eventually, the abundance of these atoms form clouds of Hydrogen and helium called nebulae.
Gravity clumps and collapses nebulae into a very hot and dense core called a protostar. Core of protostar attains exceedingly high temperature (millions of degrees Kelvin) as the the gravitational collapse continues. So, a plasma phase is established in the core and electrons separate from their nuclei.
At a higher temperature called a flash point, the strong force overcomes the electromagnetic repulsion of nuclei. Fusion begins when smaller nuclei bond together to form larger nuclei with the release of tremendous amount of energy. This energy provides an outward thermal pressure that balances the inner pull of gravity that is collapsing the protostar. Consequently the protostar's size is stabilized and a star is born.

The time in between of a star depends on the initial mass of the protostar. In other words, the nature and duration of fusion in a star depends on the initial mass of the protostar.
For stars < 0.5 solar mass, only H fusion occurs through the PROTON-PROTON CHAIN reaction:
4H nuclei (protons) fuse to a He nucleus (2positrons+2neutrinos) + energy.
Surrounding electrons annihilates the positrons to produce more energy (gamma rays and kinetic) for hydrogen burning in the core.
For stars up to 8 solar masses with a core temperature ≥ 108, He nuclei can fuse to Carbon nuclei through a series of reactions called the TRIPLE ALPHA PROCESS. These stars die and become WHITE DWARFS.
For stars > 8 solar mass, fusion of Carbon into Neon (Ne), Neon into Oxygen (O), Oxygen into Silicon (Si), Silicon into Nickel (Ni) can occur. Nickel being radioactive decays to Iron (Fe).
The formation of Fe in a star's core, marks the limit of a star's capacity to form elements during its lifetime. Higher mass elements are formed during the event known as a SUPERNOVA.

A star dies when there is no outward energy from fusion to balance the inward pull of gravity. For example, a star with an Fe core is eventually subjected to intense pressure and high temperature. An endothermic reaction that breaks Fe nuclei into alpha particles, protons and neutrons occurs. The absence of outward thermal pressure causes gravity to rapidly and forcefully collapse the outer layers of the star. The inner core is further compressed. Eventually, the outer layers violently rebound and are thrown outward as PLANETARY NEBULAE in a SUPERNOVA. High concentration of neutrons are ejected from the core and are captured rapidly (r-process) or slowly (s-process) by surrounding nuclei. Each captured neutron decays to a proton by emitting an electron and an antineutrino. A higher mass element is formed when this proton increases the proton count of the nucleus.

(e)(i) The collapse of the inner core
(ii) The collisions between the collapsing outerlayers and the recoiling core layers
(iii) Ejection of neutrons from the Iron core and their capture by surrounding nuclei.

Approximate required values by extrapolating from the intersection of the M spectral class and the main sequence to the respective axes of the HR Diagram.