Wheel And Axle - The PjProblemStrings

Expressions Of Pj Problems
Wheel And Axle - The PjProblemStrings
Math 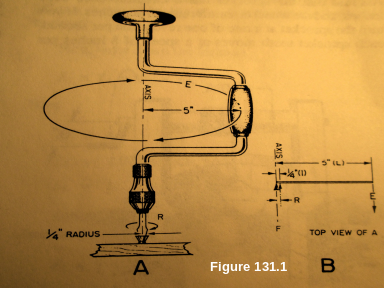 Figure 131.1 illustrates a brace with a screwdriver bit driving a screw. This machine belongs to the class of simple machines called the wheel and axle. Some common members of this group are the doorknob and the steering wheel of automobiles.

The math:
Pj Problem of Interest is of type force (push).

(a) The machine illustrated in figure 131.1 is a second class lever. The resistance is between the fulcrum and the effort as indicated the the top view illustration (131.1B).
Notable: a wheel and axle has the axle rigidly attached to the wheel and the axle rotates with the wheel.

(b) The theoretical mechanical advantage (T.M.A) ignores the effect of friction. TMA = distance effort moves/distance resistance moves = Resistance/effort.
So, for the machine in figure 131.1:
T.M.A = 5/(1/4) = 20.
The ratio of the diameters of the circumferences of the wheel and axle indicates the mechanical advantage.