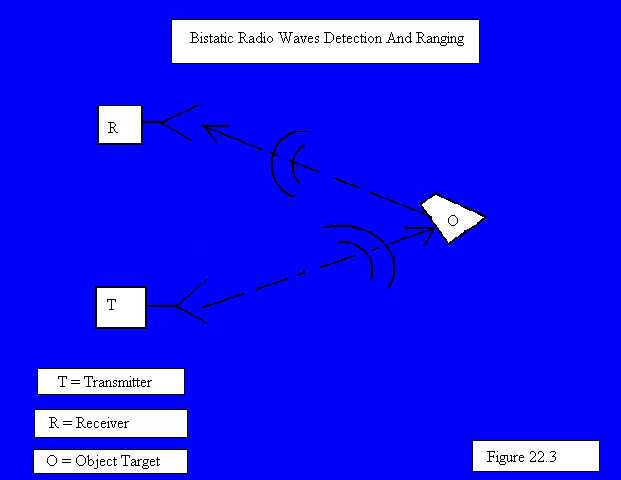 RADAR is an acronym for Radio Detecting And Ranging. Short- wavelength microwaves are used in radar to locate objects and monitor speed.

(a) Explain what is meant by bistatic, monostatic and quasi-monostatic radar.

(b) The basic quantity measured by most radars, is target range. Write the formula for calculating the target range for: bistatic and monostatic radar.

The math:
Pj Problem of Interest is of type motion (oscilatory - wave motion). Transmitter sends radio waves pulse in motion to object. Radio waves are reflected and pulse sent in motion to receiver.