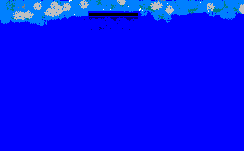 The math:
Pj Problem of Interest is of type motion (oscilatory).

SONAR is the acronym for Sound Navigation And Ranging. A sonar device is often used to detect the location of matter able to reflect sound waves. When a sonar device sends sound waves, the reflecting object reflects the waves back at the same speed if the medium is the same. By timing the time for the wave to return, the total distance traveled can be calculated.