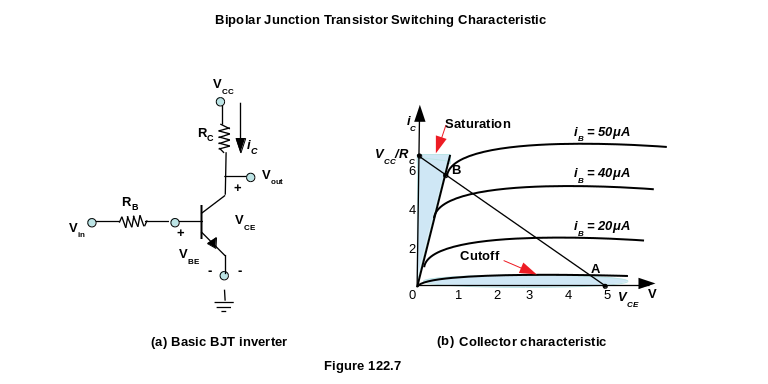 (a) Base on the switch-triad model, identify the signal, The on state and the off state of the BJT.

When input voltage, Vin = 0 V (logic low), BJT is in the cutoff region.
So, little or no current flows
So, Vout = VCE = VCC
So, output voltage, Vout = logic high (point A on the load-line)

Thus the simple BJT switch of figure 122.7(a) is implemented. This BJT is called the inverter because a logic low at the input results in a logic high at the output, and vice versa.