Operation Of The Bipolar Junction Transistor 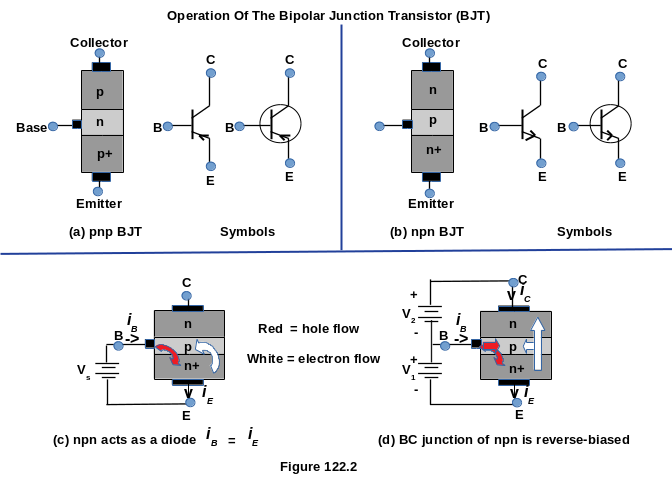 (a) The operation of the BJT is defined in terms of two currents and two voltages. Identify these currents and voltages and incated the relationship between them.

(b) There are four basic regions that define the operating states of a BJT. Name the regions.

(b) The four basic operating regions of the Bipolar Junction Transistor are:
(i) The cutoff region: both BJT junctions are reversed-biased, base current is very small, and no collector current.
(ii) The active linear region: transistor acts as a linear amplifier. Base-emitter (BE) junction is forward-biased and collector-base (CB) junction is reversed-biased.
(iii) The saturation region: Both junctions are forward-biased.
(iv) The breakdown region: defines the physical limit of transistor.