Thermodynamic Stability As A Function Of Enthalpy Of Formation 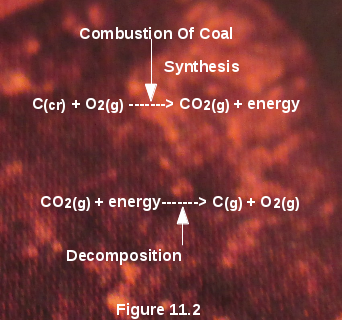 (a)What is enthalpy of formation?
(b) Show that the carbon dioxide that is the product of the combustion of carbon (as coal) is thermodynamically stable.

ΔHro = ΣΔHf(products)o - ΣΔHf(reactants)o --------(6).
So, if the enthalpy of formation of each reactant and product is known (this information is available for many reactants and products), one can calculate the amount of energy produced or absorbed and as a result, the thermodynamic stability of the product of a synthesis reaction and in general, whether a reaction will be exothermic or endothermic. For example, the decomposition of one mole of mecury fulminate produces 268 kJ, hence it is explosive.
Some chemical reactions consists of series of intermediate reactions. In such cases, the enthalpy change for the reaction is the sum of the enthalpy changes for the series of reactions. This is known as Hess's Law.